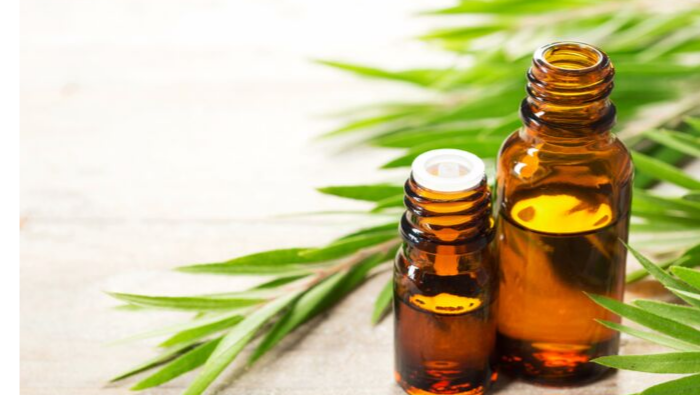 Last week I saw two patients who booked a podiatry assessment because they thought they had uncontrolled athletes’ foot. They both presented with a red, overly itchy rash which hadn’t responded to over the counter athletes foot creams. One patient only had the skin around the toe affected, one both feet were red raw, with open skin which bled in parts. Both had tried Lamisil creams to no avail over a number of months. Both had also tried homeopathic treatments including tea tree oil, to no avail.

My diagnosis? These patients weren’t suffering from athletes’ foot at all, no it was something far more simple. Both patients had actually been applying something highly toxic to their skin which had caused all of these symptoms. What was that product?

How is a homeopathic, often recommended, readily available treatment, toxic I hear you ask?

What is Tea Tree Oil

Tea Tree Oil is a volatile essential oil which derives from the plant melaleuca alternifolia which is a plant native to Australia. Its has been used for centuries and as early as 1920 has been documented as an antiseptic.

More recently it has been advised in the treatment of athletes foot and fungal nails. Google these conditions and fairly high up the suggested list of remedies is tea tree oil. It is fairly inexpensive and readily available so you can see why so many people use it.

Now here comes to science bit – I will try and simplify it as best I can.

When you open a bottle of neat tea tree oil (i.e. not mixed with any other agent), it oxidises (reacts with the light and oxygen in the air). This creates by products (a chemical change in the original liquid). One of these is called peroxide. You may have heard of this chemical. Its what some of us ladies (and men!) have put on their hair to make it lighter – yes that’s it – bleach.

So, when you are putting on the neat oil you are essentially putting on neat bleach. Look on the side of a bottle of bleach and it has a hazardous sign saying avoid contact with the skin and wash off immediately. Yet people lather this on to their skin on a daily basis. The end result – rashes, inflammation, drying and cracking of the skin, bleeding of the skin, itching, soreness. All of the symptoms our patients above were suffering from.

So can’t I just use it mixed with something else so it isn’t “neat”?

Research suggests that you need less than 2% tea tree oil in a product to avoid this chemical reaction and thus reaction with the skin.

Research also suggests that anything less than 10% concentration is ineffective at having antimicrobial effect. I.e. You can apply 2% tea tree oil to that nail, but it will do absolutely nothing to your nail or skin, use more and you will get this same reaction.

Studiess in 2006 and 2007 showed that actually there was no difference between people who used tea tree oil and those who used a placebo at treating fungal nails. Many of the reported success is likely to be caused by bleaching the nail plate.

Many podiatrists were trained using this product in years gone by, and many who haven’t kept up with research still may recommend it.  It is also all over google with no mention of the risks associated of using this highly toxic chemical. Its recently been added to the Poison List in Australia at number 6! So help me educate others who are not in the know and warn your friends and families. Sharing this blog and the message within can help others suffering from unnecessary pain and skin damage.

If you have fungal nails or athletes foot and would like advice on treating it without the use of tea tree oil, contact your local podiatrist today.